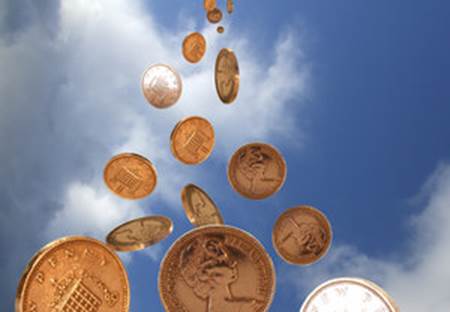 I had the dubious privilege of being in London on the day of the EU referendum.  I must confess to more than a passing interest in its outcome – as someone who enacted my own personal Brexit 19 years ago in favour of Australia.

Being a curious type ;- I was compelled to conduct my own private poll during the lead up to the vote with Brits I met (both known and unknown), whilst traversing the green and pleasant land.

I was in Yorkshire at the start of my trip with my god-daughter in celebration of her wedding. What better place to start the polling? Lots of people, in one place, in good spirits with time to take a step back from everyday life and ponder life’s bigger questions. Opinion was divided equally-; and in good Yorkshire fashion each side delivered verbal bashings, attacking with full frontal brutality the underlying values  of each other’s positions. It was a good ice-breaker. Fortunately the vows commenced before things got too heated.

The next informal poll was in my home town in the England’s north west, with dear friends – a garden party celebration for their 50th wedding anniversary, (a brave choice of venue given the weather systems in this part of Britain). The unanimous sentiment by all attending was a unified call of “OUT” accompanied by a spontaneous jig from the host and co-celebrant of the party; fuelled no doubt in anticipation of the 51st year of his marriage being free from European legislation. 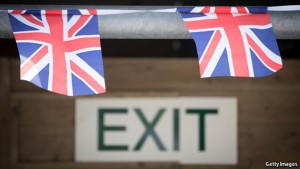 My third experience was in transit was set just short of Bristol Temple Meads Railway station. I had been chatting to a sixty something gentleman for the last 30 minutes, taking the opportunity to conduct my random poll on “who was voting what” in Bristol. He was a devout REMAIN, and was sure that in the end – “common sense would prevail”. As the train drew to a halt, the woman who had thus far sat unobtrusively in the seat in front, stood up, and loudly shared her OUT views, causing a bit of a  stir in the second class compartment. Had her need to go to Bristol not have been greater than her need to deliver her manifesto – a reportable incident would have definitely eventuated.

All of this unsettled my previous confidence in my data collection process and after reviewing my risks – I reverted to more covert means of gauging public opinion. The next leg of the trip was a week in Cornwall. I heard that Cornish pasties make good ammunition so I confined both myself and my travelling companion to count the signage displayed by ordinary people in their front yards/windows. Result of one weeks observations across Cornwall    85 OUT’s 2 REMAINS and 1 UP YOURS CAMERON!

I spent the evening of the referendum at Victoria Station – all trains were cancelled due to unprecedented flash flooding causing chaos in the South East. My hosts (who remain dear friends), who live in Surrey came to rescue me by car. This was just as well as on a whim; I had bought a rather large light fitting in a central London department store  which the store packaged as a fragile item for Qantas to return to Australia (as we don’t sell light fittings in the southern hemisphere). It resembled a small shipping container. We forced the container into the back of my friends huge station wagon and wound our way back from Central London through water sodden suburbia to the comfort of their home. Putting our feet up, we settled in to watching the coverage on the results. I soon lost interest – it seemed clear that the REMAINS had it – albeit by a small margin. All Commentators, Politicians and Journalists seemed smug in their predictions. I didn’t want to stay up to watch paint dry.

At 7am I checked the internet. I knew that I wanted to stay in the UK for the vote but I didn’t realise HOW significant that day would be. My friends overloaded their car again and drove me – this time whilst in a state of shock to Heathrow. I caught the first flight back to Australia with my light fitting.

Leadership Lessons from Act 1 of Brexit